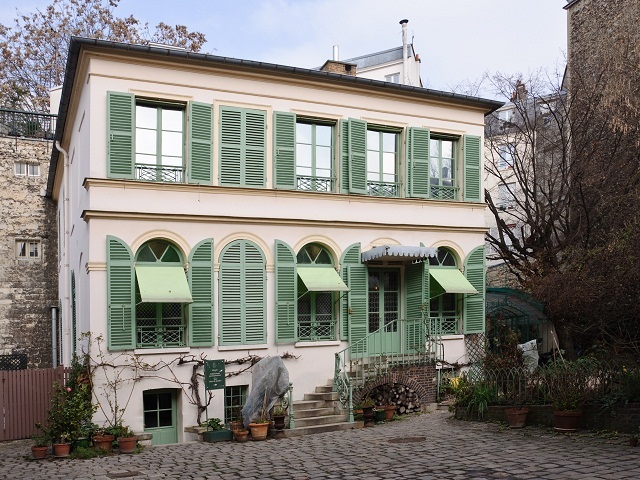 The Musée de la Vie Romantique is situated in an area called La Nouvelle Athènes (the New Athens) in the 9th Arrondissement of Paris. It isn’t very far from Montmartre where I’ll be staying in January 2015.

The museum’s purpose is to showcase the arts and literature of the first half of the 19th century, so it is full of the art, furniture and objets d’art of the period.

Built in 1830 by Ary Scheffer, an artist, who held salons (with his daughter) for some of the most famous artists, musicians and writers of the day – like Chopin, George Sand, Delacroix, de Lamartine, Rossini and Liszt.

Photograph by Myrabella, sourced from Wikimedia Commons, with thanks

Every day except Mondays and public holidays, from 10 am until 6 pm.

Free for the permanent collections; charges for temporary exhibitions.

Photograph by Parizpropokrocile, sourced from Wikimedia Commons, with thanks

Photograph by ParisSharing, sourced from Wikimedia Commons, with thanks